Just south of the Colorado line, Ute Mountain rises to an elevation of 10,093 feet, dominating the New Mexico landscape. Surrounded by plains of wild sagebrush, this former volcano stands out as an iconic landmark. 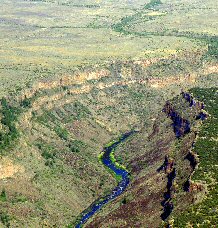 To the west, the Rio Grande has carved a 800-foot-deep, 150-foot-wide canyon, creating the stunning cliffs of the Rio Grande Gorge. Full of natural splendor and a sense of solitude, this 242,455 acre area of public land managed by the Bureau of Land Management (BLM), El Río Grande Del Norte offers great opportunities for recreation and solitude.

Permanently protecting the area as a National Conservation Area or National Monument will ensure that the natural and historic legacy of this unique area remains intact for future generations. 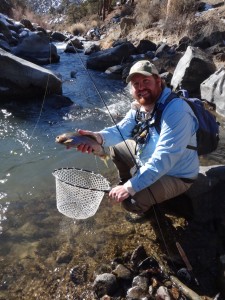 Located 28 miles north of Taos, NM, areas within the gorge offer nationally recognized opportunities for white-water boating, climbing, bird watching, or relaxing; while the absence of designated trails provides solitude in the Ute Mountain area, even on busy weekends.

Other popular activities on and around Ute Mountain include hiking, horse-back riding, llama trekking, wildlife viewing, and star gazing. The area is prized for its destination-quality hunting and its fishing opportunities for a variety of trout species in a scenic gorge where bald eagles and various raptors soar overhead.

The Río Grande River provides a nationally significant scenic and recreational resource for visitors to the area. It was one of the first of eight rivers to be designated by Congress as a Wild and Scenic River in 1968. Many visitors come from around the world to hike, fish, and explore the river through whitewater boating opportunities. The Wild Rivers Recreation Area has been set aside to experience the Río Grande and Red Wild and Scenic Rivers as preserved in their natural, free-flowing state.

Stretches of the river within the proposed monument, such as the Razorblades, offer some of the most challenging kayak runs in New Mexico while other segments, such as the Ute Mountain run, provide outstanding opportunities for wildlife viewing and boater skill development. The Box, an 18-mile stretch of 900 foot cliffs, is a famous run of the river that offers some of the best whitewater in New Mexico through one of the most scenic sections of the Río Grande Gorge. 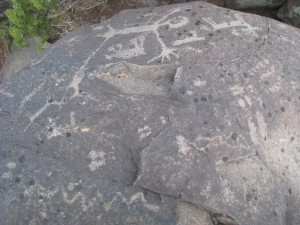 El Río Grande Del Norte contains thousands of archaeological sites associated with a diverse range of cultural traditions that span at least 11,000 years of human occupation. Early prehistoric sites attest to the importance of this area for hunting and as a sacred site. Cultural traditions represented in the regions archaeological record include Paleoindian, Archaic, Anasazi (Ancestral Pueblo), Historic Pueblo, Colonial Spanish, Mexican and Early Anglo-American traditions, as well as the remains of activities associated with Late Prehistoric-Protohistoric nomadic groups that include Ute, Navajo, Apache, Comanche, Kiowa and other Plains groups.

The “North Branch” of the Old Spanish National Historic Trail runs just to the east of the proposed National Conservation Area or National Monument boundaries, and providing permanent protection to the Rio Grande del Norte will also help preserve the historic landscape of this early American trade route linking Santa Fe and southern California. Sections of the trail network originated in ancient, native American Indian trade routes, the oldest of which was in use for nearly 1,000 years and later became the West Fork of the North Branch. Spanish explorers would later utilize sections of the trail between 1598 and 1821, leading expeditions between Santa Fe and central Utah. The Old Spanish Trail linking Santa Fe with Los Angeles was opened in 1829, when the first successful round-trip journey was made between the two settlements, connecting two regions previously separated by difficult terrain and harsh climate.

The Rio Grande provides more than stunning cliffs and great recreation: It’s also an important stop along the Rio Grande Migratory Flyway. Eagles, hawks and falcons nest along the gorge, while ospreys, scaups, hummingbirds, herons, avocets, merlins and willits pass through during migration seasons. Sandhill cranes make a boisterous appearance in October, trumpeting their arrival from the north.

The dry plains along the Rio Grande are home to eagles, hawks, bears, cougars, elk, pronghorn, and bighorn sheep. In addition to the rich wildlife of the area, the plant life ranges from piñon, white pine, and Douglas fir covering Ute’s slopes to the blue grama and western wheatgrass of the plains.

Administrative protections put in place by the Bureau of Land Management have kept much of this area largely unharmed. However, those protections could weaken in the future if we do not take steps to permanently protect El Río Grande Del Norte.