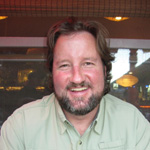 Conservation activists seeking to protect a big swath of northern New Mexico from future development say that they may appeal to President Barack Obama rather than waiting for a sharply divided Congress to act.

Bills to protect between 200,000 and 300,000 acres of land on both sides of the Rio Grande south of the Colorado border, including the Rio Grande Gorge, have twice been introduced by members of New Mexico’s congressional delegation in recent years, but none has yet passed.

“We’re still pushing for legislation,” said Nathan Newcomer, associate director of the New Mexico Wilderness Alliance. “But if Congress can’t get anything done, we’d like to see the president use his authority under the Antiquities Act of 1906, which gives him the authority to act when Congress is unwilling or unable to protect resources.”

The bills sought to designate the area, including San Antonio Mountain west of the Rio Grande and Ute Mountain east of it, as El Rio Grande del Norte Conservation Area, protecting wildlife habitat and putting the area off limits to further development, including oil and gas drilling.

Two new wilderness areas, one for each of the area’s iconic mountains, also were to be created.

Both bills had the support of the state congressional delegation as well as many northern New Mexico constituencies ranging from hunters and anglers to conservationists and outdoor recreationists.

Also in favor of the legislation have been land grant activists, who see the designation as a way to recognize the historical importance of New Mexico’s land grants and enshrine in law traditional community uses of public land like wood and piñon gathering.

In contrast, Newcomer noted, a similar effort to protect Otero Mesa, in the southern part of the state, mainly from oil and gas drilling, has met with some opposition from the surrounding community.

“It’s ridiculous to go through all this when the people in the district support it,” Newcomer said of the northern Rio Grande effort. “But Congress refuses to act.”

The Antiquities Act grants the president the authority to act when Congress is “unwilling or unable to act to protect resources,” Newcomer said.

It has been used by presidents of both parties to create national monuments, including some of the nation’s most famous. Republican President Theodore Roosevelt created the Grand Canyon National Monument — now, of course, a national park — under the act, while Democrat Jimmy Carter used the law to create the Wrangell-St. Elias National Monument in Alaska, which protects almost 11 million acres.

At the end of his second term, President Bill Clinton used the antiquities law to create three new national monuments in Utah and California that became the subject of vociferous Republican criticism. But it was Republican President George W. Bush who used the act to extend federal protections to the largest area, designating 140,000 square miles of ocean and island off Hawaii as a marine national monument.

A spokeswoman for Sen. Jeff Bingaman, the state’s senior Democrat in Washington, said activists shouldn’t lose patience with the effort in Congress. The current bill is “very much alive,” Jude McCartin said.

“It doesn’t have any detractors,” she said. “That it isn’t on the fast track shouldn’t concern people — Sen. Bingaman continues to pursue it.”

McCartin also noted that presidential action under the Antiquities Act “tends to be a second-term kind of thing.”

“So far as I know, the president is not now inclined to use the Antiquities Act for that purpose,” she said. “Constituents can petition, but I’m not sure there’s anyone drawing up a list for such a thing.”

From the Albuquerque Journal:

As a Hispanic leader in New Mexico, a state that leads the nation with a 46.3 percent Hispanic population, I am writing to convey my strong support for the protection of the environmentally, culturally, and historically rich landscapes of the San Luis Valley and Rio Grande Gorge that encompass the proposed Rio Grande del Norte National Conservation Area in Taos County. Hispano culture and presence in New Mexico is and has always been closely connected to our states rich public lands. These areas provide our families and communities with hunting, recreation, traditions and so much more. Throughout time, they have also brought travelers and tourists, and with them economic development. As such, protecting these natural treasures is an important priority to us, and to our future.

Thanks to the leadership of Sens. Jeff Bingaman and Tom Udall, as well as Congressman Ben Ray Lujan, legislation has been introduced that would protect nearly 236,000 acres in north central New Mexico. The Rio Grande del Norte National Conservation Area Establishment Act also includes two wilderness areas – the 13,420-acre Cerro del Yuta Wilderness, including the iconic Ute Mountain, and the 8,000-acre Rio San Antonio Wilderness. This area includes some of New Mexico’s most spectacular landscapes, including the Rio Grande gorge – which at some places is a half mile wide across, dropping to the Rio Grande River 800 feet below, and is a vital migratory flyway for a number of bird species. In turn, our country would be so much richer preserving both the unique Southwestern landscape and its incredible Western history.

Those of us with deep roots here appreciate that the protection of these landscapes preserves grazing within the National Conservation Area and specifically protects our right to hunt, fish and collect piñon nuts and firewood. It directs the Bureau of Land Management to protect the cultural, natural and scenic resources in the area, and protects rights granted under the Treaty of Guadalupe Hidalgo. This measure will help ensure that these ancestral lands will remain for future generations to come.

Lands like the Valle Vidal and the Latir and Wheeler Peak Wildernesses in the Sangre de Cristo Mountains have played large roles in Hispano life and culture throughout northern New Mexico’s history. Hunting and traditional gathering activities continue to this day, and bind generations of Hispano families together. Surging interest amongst Hispanic sportsmen also means more families are taking to our wilderness in pursuit of Rocky Mountain mule deer, blue grouse, and elk in Taos County.

While New Mexico’s congressional delegation is working very hard to ensure that this bipartisan piece of legislation passes through Congress. Congress has proven itself to be incapable of moving any form of legislation, no matter how much local support exists back home. Fortunately, President Obama has the authority under the 1906 Antiquities Act to designate public lands as National Monuments when Congress is unwilling or unable to act. If Congress continues to operate in such a dysfunctional manner, then the president should use his authority under the Antiquities Act to protect places like the Rio Grande del Norte National Conservation Area.

Recent polls demonstrate that New Mexicans strongly support protecting these lands, with the highest support amongst the Hispanic population and the community of Taos. I firmly believe now is the time for action to protect the unique Rio Grande del Norte National Conservation Area, and to secure our rich cultural heritage, natural resources, and economic potential of Northern New Mexico forever.